I chopped and mixed everything I did not have Manischewitz so I had a open bottle of Sullivan cabernet which worked very nicely. 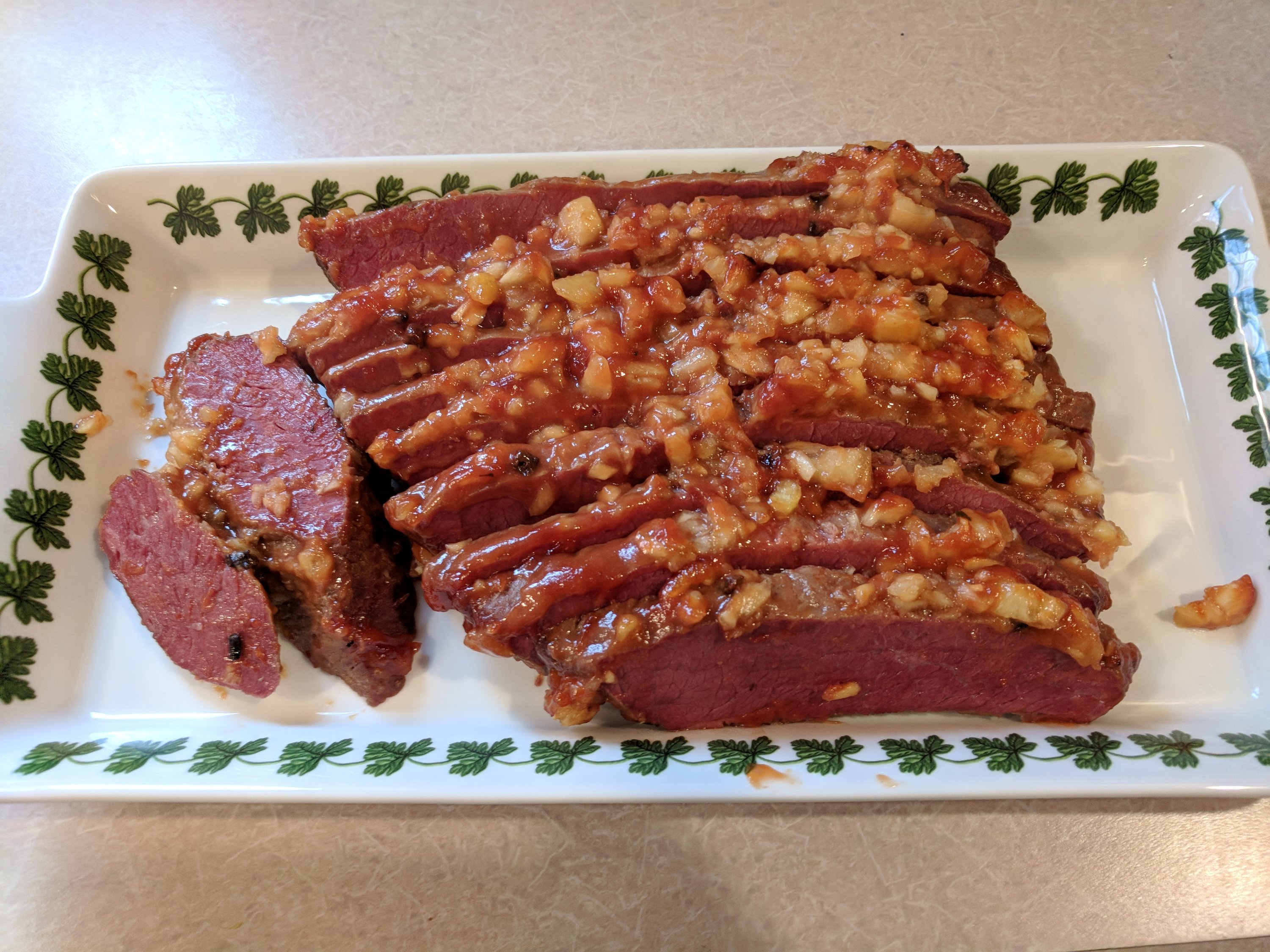 Cover the cornedbeef in water bring to a boil with without the spice package.

Drain water and cover agian add then peppercorns and cloves and the spices usually packaged with the cornedbeef. Simmer for about 4 hours or until fork tender.

While this is simmering combine the ketchup, vinegar, sugar and mustard and heat mediummhat until bubbly. I might also add a small amount of the pineapple juice.

Place in roasting pan and slather with the sauce, cover with either crushed or sliced pineapple. Roast about 30 minutes basting with left over sauce occasionally. I Like to finish off under broiler for a few minutes.

I grew up with a very brothy soup with sliced carrots. I will use box of matzo ball mix but add about 1/3 cup of soda water for a light and fluffy texture. I used maybe 2 tablespoons of oil. Very similar to this